Soooo, my husband works for this awesome company called The Bosco. They create state of the art photo installations and unique brand experiences. If you have been to a company party in the last few years, the odds are good that you've seen one of The Bosco’s GIF booths. And seriously they are just so much fun!

They recently had some beer from the Bronx Brewery from such a party left over, and even though I had no doubt they would be more than capable of finishing it up soon enough, I thought it wouldn't hurt to snatch a few cans and make some beer soap exclusively for The Bosco employees. And, as hip as only such a company can be, they were on board right away!

So here we go, we made some deliciously creamy Bronx Spring Pale Ale Beer Soap according to the beer's description:

"A blend of black and chamomile teas brewed to perfect balance with 2 row barley malts and a refreshing lemongrass and pine hop bitterness." 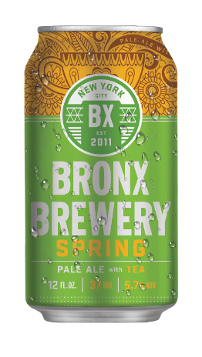 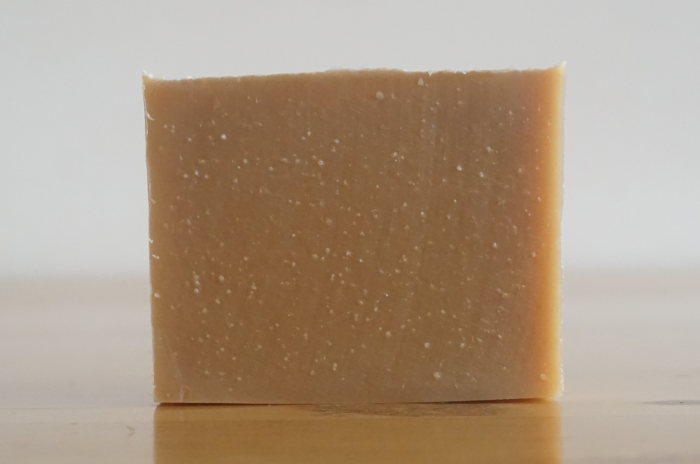 We made our lye solution with the Bronx Spring Pale Ale and infused it with some chamomile and black tea to give the tea notes some extra kick. To stay true to the identity of the beer itself, we made a wonderful crisp blend of Siberian Fir Needle and Lemongrass essential oils and tempered it with some Cedar Wood and Amyris to add some earthiness and to give the soap a balanced experience. Since pale ales usually have a citrusy flavor, we threw in some Pink Grapefruit as well.

I wanted The Bosco employees to feel extra special for giving me this great opportunity to play around with some beer in my little chemist kitchen and the pleasure to know my husband will work with clean coworkers, so I decided to make them some personalized packaging. I kept it simple and natural following our By Ceci beliefs while making space for The Bosco's image.